Students of Iyengar Yoga have two exciting opportunities to study in India.  The first is at the Ramamani Iyengar Memorial Yoga Institute (RIMYI) in Pune, India, the home and teaching facility for the entire Iyengar family.   The second is the Bellur Krishnamachar & Seshamma Smaraka Niddhi Trust in Bellur, India, birthplace of B.K.S. Iyengar. 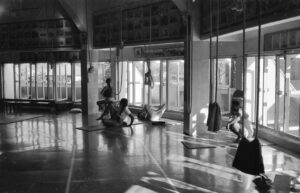 The Ramamani Iyengar Memorial Yoga Institute (RIMYI) in Pune, India, is the mother institute of Iyengar Yoga worldwide. Prashant Iyengar, Abhijata Iyengar, Sunita Iyengar and others who studied and trained directly with B.K.S. Iyengar for decades continue to teach and refine the constantly evolving method that is one of the world’s most widely practiced yogas. Here, teachers from around the world come to practice and hone the skills they will take back to their own Iyengar Yoga communities. 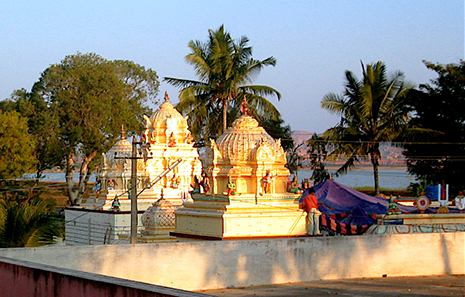 B.K.S. Iyengar was born in the small rural village of Bellur in Southern India. He left as a teenager; however, the residents' poverty and ill health always weighed on his mind. In 1967, he financed the first-ever primary school in the community.  In 2002, Mr. Iyengar learned that the school was in very poor condition, and the local children did not continue with education beyond the age of seven. In 2003, he set up the Bellur Trust in memory of his parents to achieve health, educational and economic reform for the people of Bellur and to further the practice of yoga.