Yoga is an ancient practice that encompasses art, science, philosophy and physical discipline.  It has a long and continuous lineage in which study and practice have been passed down from teachers to students, who then become teachers, who teach more students, and so on.  The lineage of Iyengar Yoga has its beginnings in the work of a sage named Patanjali. 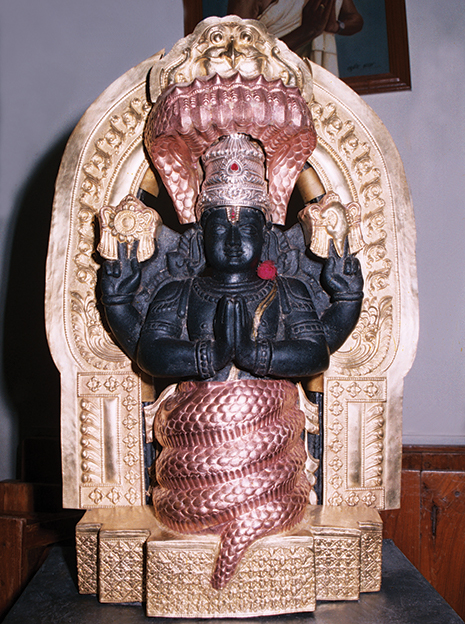 It was Patanjali’s unique perspective that asanas and pranayama can be a means to explore, evaluate and experience each of the other limbs. Asana can even carry practitioners through to the higher limbs of yoga, including pratyahara, dharana and dhyana, directing them toward samadhi, the complete freedom at the end of the yogic journey. Iyengar Yoga addresses this journey towards spiritual fulfillment from a perspective that is practical, experiential and intensely personal. Iyengar Yoga begins with ongoing practice of the yoga asanas (positions) and focuses on integrating the body, mind and breath starting with physical alignment. In time, students learn to penetrate beyond the outer physical layer to reach the inner kosas (layers) of mind, energy and spirit.

Tirumalai Krishnamacharya (1888-1989) is often referred to as the Father of Modern Yoga.  He immersed himself in learning Sanskrit, logic, ritual, law, and the basics of Indian medicine and yoga, earning several degrees and eventually teaching throughout India. He was known for having his students perform demonstrations of yoga.

It was only after B.K.S. Iyengar went to live with his sister and Krishnamacharya, that  Krishnamacharya called upon Iyengar to perform at a yoga demonstration, teaching him the yoga poses in just a few days. 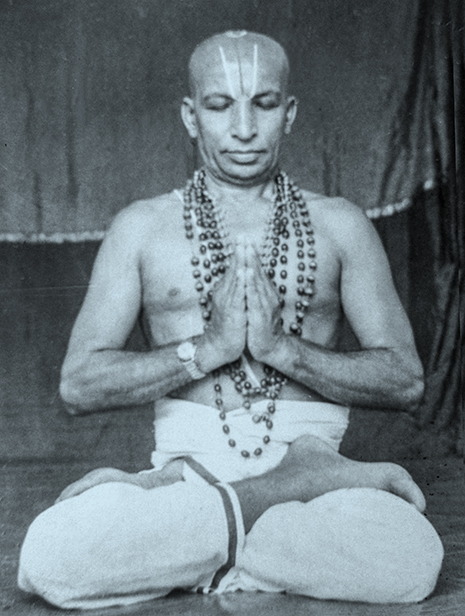 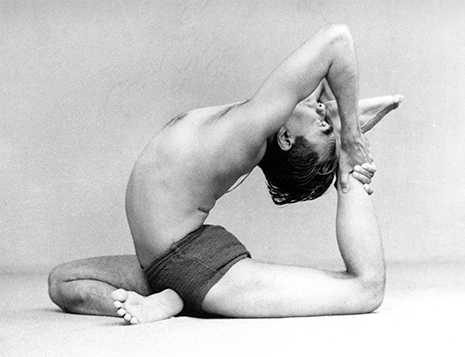 B.K.S. Iyengar was a sickly young boy when he was sent to live with his sister and her husband, renowned yoga teacher Krishnamacharya.

As a teenager, Iyengar started to train with Krishnamacharya. When Krishnamacharya needed a last-minute replacement for a yoga demonstration he turned to his young brother-in-law to perform.

In the two years that followed, B.K.S. Iyengar served as a sort of apprentice to Krishnamacharya, but primarily studied yoga on his own.

In 1937, Krishnamacharya sent B.K.S. Iyengar to Pune to fill a position teaching yoga at an all-girls school in Pune in Maharashtra State. Iyengar quickly became a popular instructor, developing his innovative and inspired approach to yoga through intense practice and self-study.  He went on to teach yoga to his children and grandchildren, who in turn have taught yoga to their children. 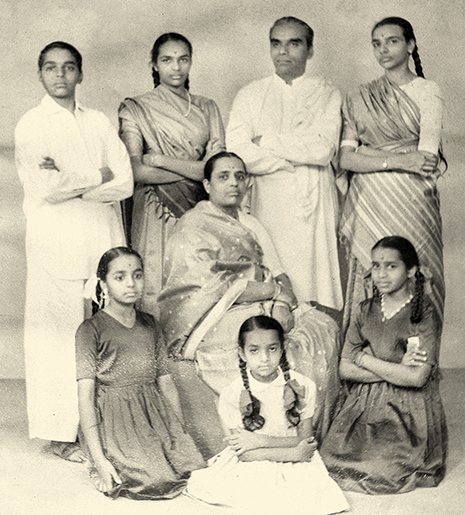 B.K.S. Iyengar and his wife, Ramamani, had six children: five daughters and one son.  Their eldest daughter Dr. Geeta S. Iyengar  (1944-2018), began learning yoga as a child by observing her father. She taught at RIMYI  and around the world starting in 1962 and was the author of several books, including "Yoga: A Gem for Women," a work pioneering work about yoga for every stage of a woman’s life.

Their son, Sri Prashant Iyengar, has taught daily classes at RIMYI, written extensively about yoga philosophy and the ancient texts, and made numerous audio recordings on the yoga sutras. He is the director of RIMYI.

Like her older sister Geeta, Sunita Iyengar had a lifelong practice with her father, enabling her to create sequences focused on enriching and deepening yoga practice.

From RIMYI, the Iyengar family oversees the rigorous curriculum and assessment procedures standardized throughout the world for Iyengar Yoga teachers' certification. There are thousands of Certified Iyengar Yoga Teachers (CIYTs) continuing B.K.S. Iyengar’s legacy, including more than 1,100 in the United States.