“If the foundation is firm, the building can withstand calamities. The practice of Yoga is the foundation, so that the Self is not shaken under any circumstances”

Bellur Krishnamachar Sundararaja (BKS) Iyengar was born on December 14, 1918, in Bellur, India, the 11th of 13 children. He overcame poverty and deadly childhood illnesses to begin his study of yoga at the age of 15 with his brother-in-law and yoga guru, T. Krishnamacharya. This proved pivotal in Mr. Iyengar's life when he was called upon to perform in a demonstration at Krishnamacharya's yogashala. He performed with great success and for the next several years, continued to practice and study intensely.

In 1937, B.K.S. Iyengar's long career in teaching yoga was launched when Krishnamacharya sent him to fill a teaching position in Pune, Maharashtra, India. On his own in Pune, Mr. Iyengar practiced and studied with fervor, gaining first-hand knowledge, and in the process developed encyclopedic knowledge of yoga poses (asanas) and yogic philosophy, all of which fueled his teaching. 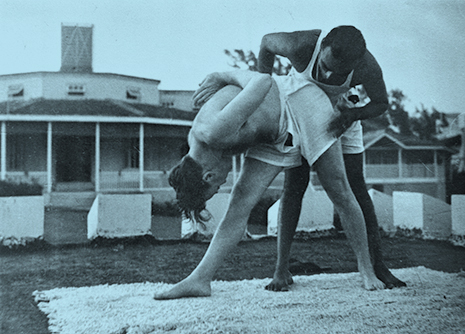 Bringing Yoga to the West

Mr. Iyengar was credited with bringing yoga to the west when he encountered a world-class violinist named Yehudi Menuhin.  Mr. Menuhin became a student and a close friend of Mr. Iyengar and invited him to visit Europe and teach yoga in 1954. With Yehudi Menuhin’s encouragement, Mr. Iyengar began to introduce people outside India to yoga's art and science.

In his lifetime, Mr. Iyengar authored many books, including his seminal book, Light on Yoga, which has been continuously in print since 1966 and is an international bestseller. Among his other influential titles are Light on Pranayama, Light on the Yoga Sutras of Patanjali, and Light on Life.

Promoting yoga as an art, science, and philosophy, Mr. Iyengar made yoga accessible to ordinary people worldwide, regardless of race, gender, age, or religion. He opened the Ramamani Iyengar Memorial Yoga Institute (RIMYI) in Pune, India, in 1975. The institute was named in honor of his beloved wife, Ramamani Iyengar, who passed in 1973.

Since it's opening, students from all over the globe have flocked to RIMYI to study with B.K.S. Iyengar. The institute continues to hold daily classes for students and and for certified teachers of Iyengar Yoga taught by the dedicated and knowledgeable Iyengar family of teachers. 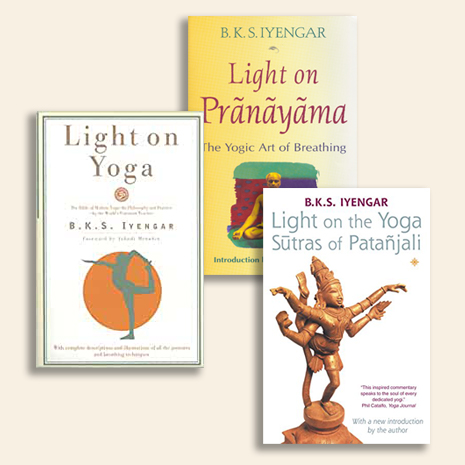 In addition to his teachings and writing, one of Mr. Iyengar’s great contributions to yoga was the innovative creation and use of props, which allow people of all ages and all stages of health to perform asanas with greater ease.

Today, ubiquitous with Iyengar Yoga are mats, blocks, belts, blankets, and chairs, in addition to a plethora of wooden props designed by B.K.S. Iyengar.

Yoga as Art, Science, and Philosophy

As well as being a sincere and committed practitioner, Mr. Iyengar was a dedicated teacher, and throughout his lifetime, he taught thousands of students worldwide. He developed his innovative and inspired approach to yoga through intense practice and self-study. According to Mr. Iyengar, "The yoga I teach is purely astanga yoga, known as the eight limbs of yoga. My pupils who follow me call it ‘Iyengar Yoga’ to distinguish it from the teachings of others." Promoting yoga as an art, science, and philosophy, Mr. Iyengar made yoga accessible to ordinary people worldwide, regardless of race, gender, age, or religion.

Today are there are dozens of Iyengar Yoga Associations worldwide, each association dedicated to disseminating B.K.S. Iyengar's teachings. In 2004, Time Magazine included B.K.S. Iyengar on the TIME 100 list of the world’s most influential people.

Mr. Iyengar taught classes through his 80s and continued his daily practice until shortly before his death at 96.

For additional reading/viewing on the life of B.K.S. Iyengar, please consider the following:

We also invite you to peruse the IYNAUS store on this website for additional titles by B.K.S. Iyengar and other members of the Iyengar family of teachers.  Additionally, we welcome you to visit our Research/Media page and Vimeo On Demand for other media resources. 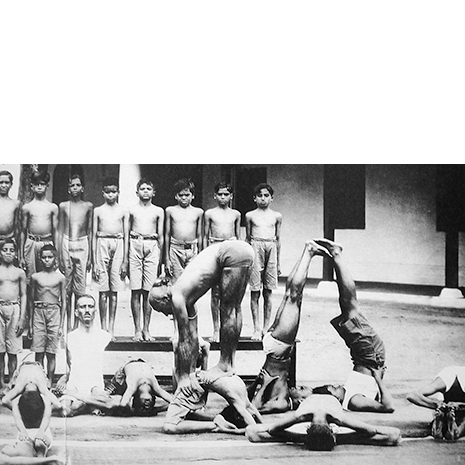 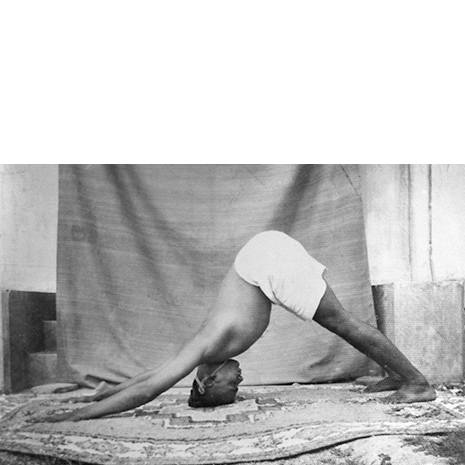 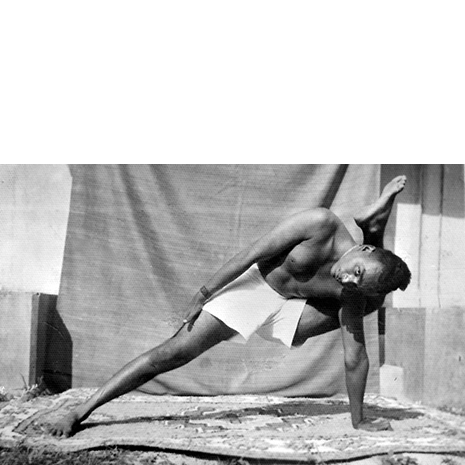 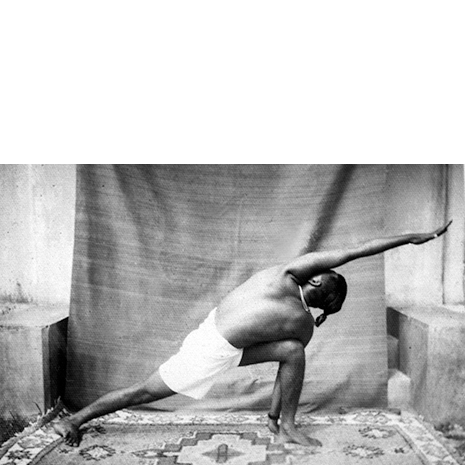 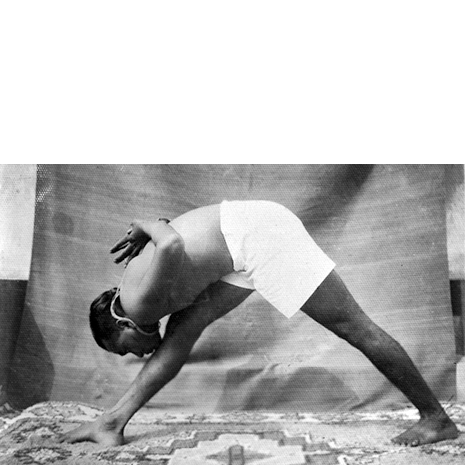 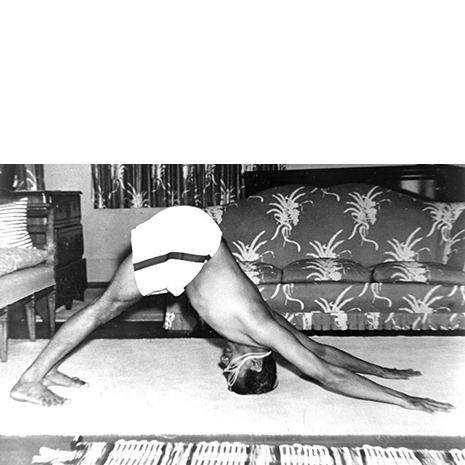 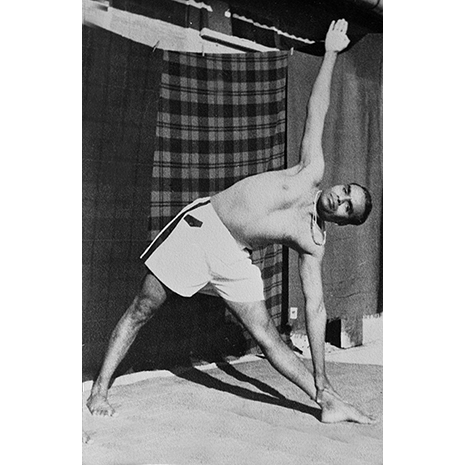 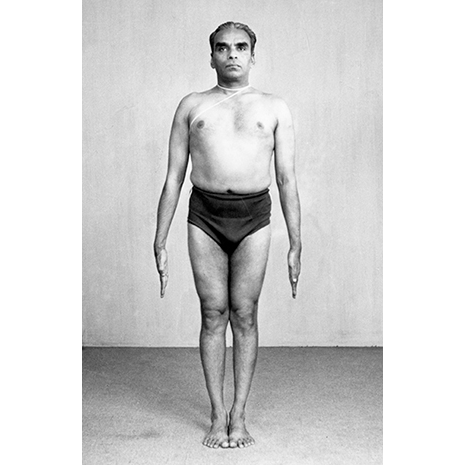 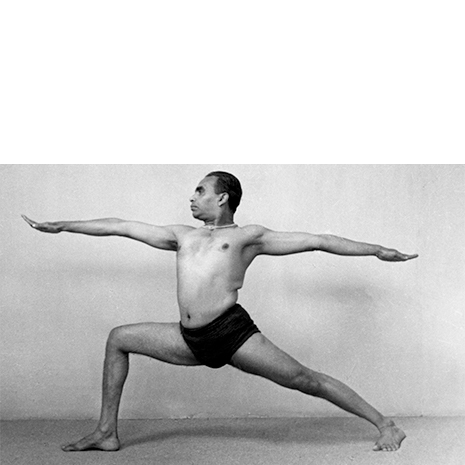 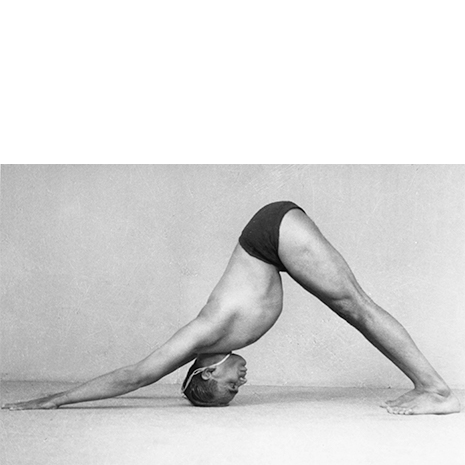 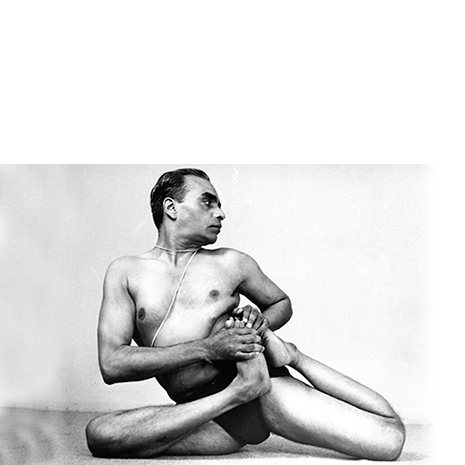 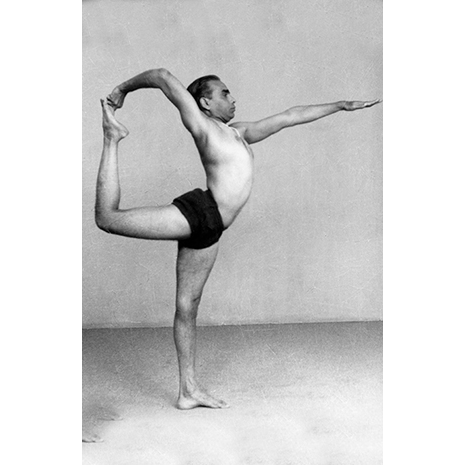 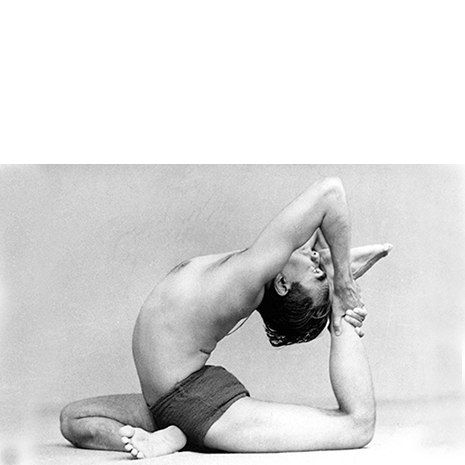 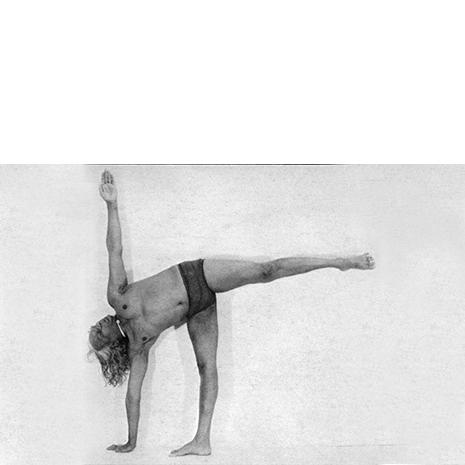 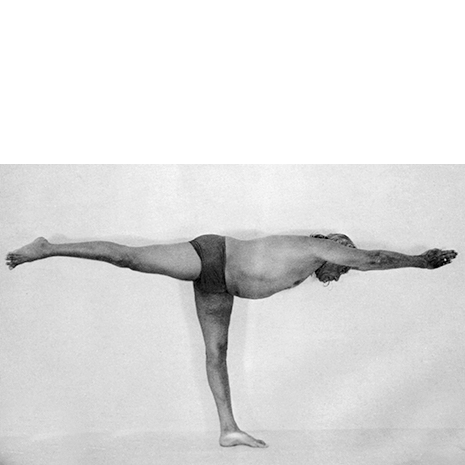 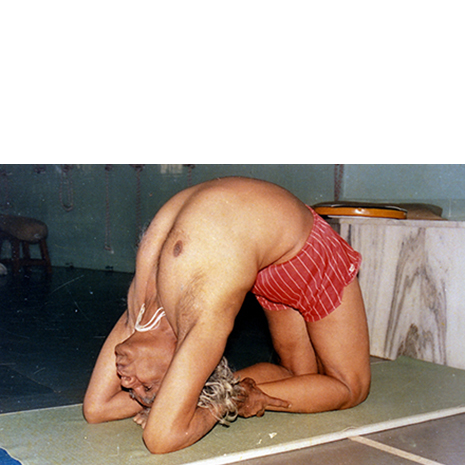 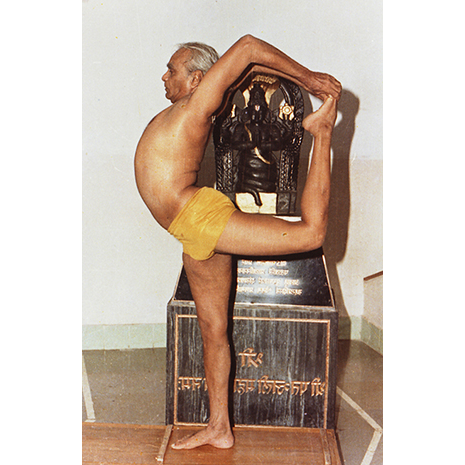 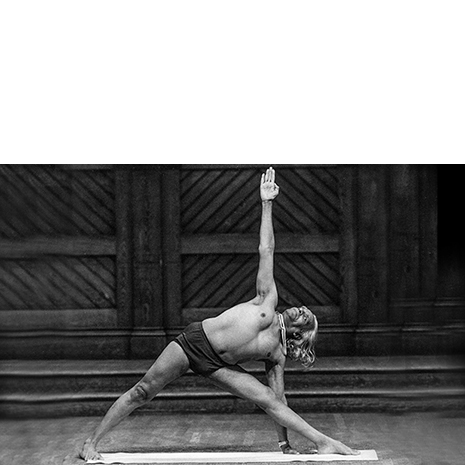 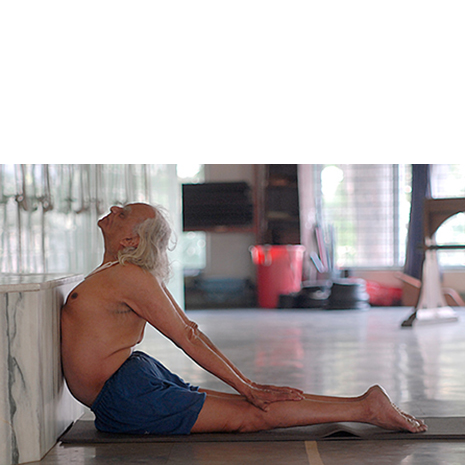 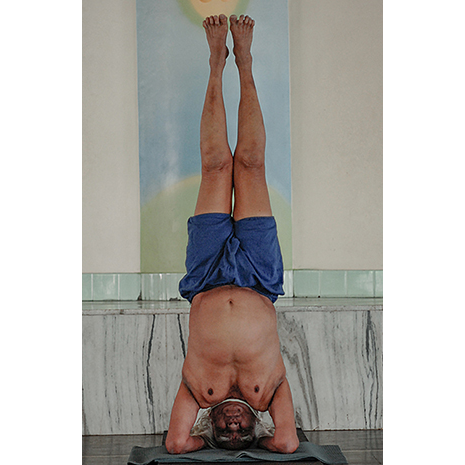 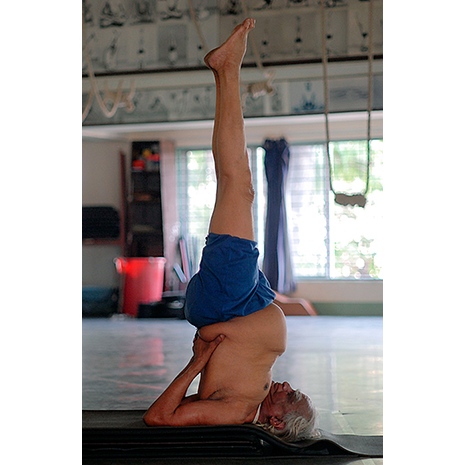 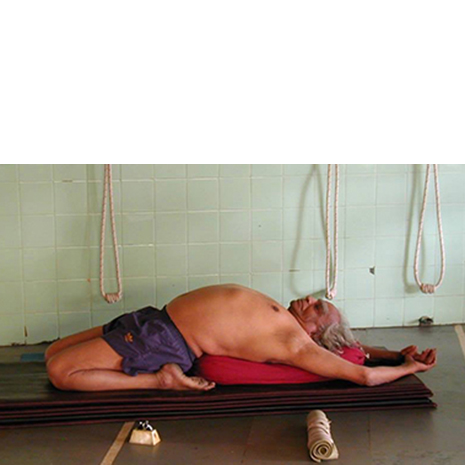 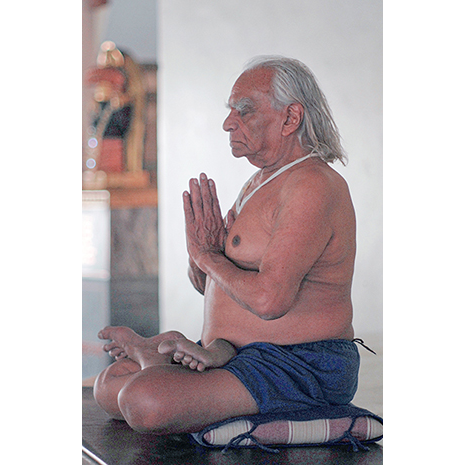