How to Make a Complaint

Whenever possible, the IYNAUS Ethics Committee will first seek an informal resolution by talking with the parties. This can facilitate a greater understanding of the dispute and allow the complainant to give the Ethics Committee a better sense of their concerns.

In an anonymous complaint, the Anonymous box is marked on the online ethics complaint form.

In a signed complaint, the Anonymous box is not marked.

Note:  The Ethics Chair will share all complaints of a serious nature, whether signed or anonymous, with the IYNAUS President.

IYNAUS permits complaints to be filed anonymously: that is, without revealing the complainant's name to anyone other than the IYNAUS Ethics Chair and the IYNAUS President. Anonymous complaints will be permitted to proceed—and will be investigated and decided—if the accused CIYT does not need to know the identity of the complainant for their own defense.

The procedure for filing and investigating anonymous complaints is as follows:

There may be situations in which members of the Ethics Committee other than the Chair need to know the identity of the complainant. In these cases, the complainant will be advised of this and given the option of withdrawing the complaint, with no disclosure of their identity.

Ethics Committee members and any Executive Council members are required to maintain the confidentiality of information relating to signed complaints.

As stated in the Ethical Guidelines, a CIYT must notify the IYNAUS Ethics Chair within 14 days if:

These reporting requirements are modeled on similar rules that apply to university faculty and staff under Title IX of the Civil Rights Act of 1964.

Our ethical rules prohibit any CIYT from retaliating against any individual for filing a complaint against that CIYT or any other CIYT.

When there is no dispute about events and the complaint raises a question of policy, no factual investigation will be necessary, and the IYNAUS Executive Council may take steps to resolve the policy issue. However, in instances where facts are disputed, presentations of evidence or interviews of the parties involved may be necessary.

If a complaint cannot be resolved informally, a written decision may be prepared. Either party may appeal an Ethics Committee decision to the Executive Council.

Verbalized corrections given to entire class 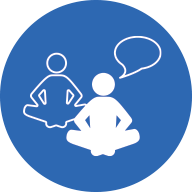 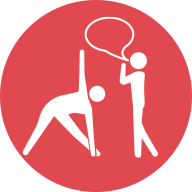 Words or conduct are perceived as threatening

Tactile adjustment: given when students do not respond to the demonstration or verbal instruction

These areas are NEVER to be touched through clothing, with or without consent